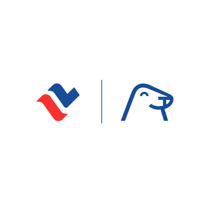 Tallink is the leading cruise operator on the Baltic sea, operating 14 vessels between Finland, Estonia, Sweden, and Latvia.

Club One is their loyalty program that has 2.7 million members. The new Bonus Trip Finder is a service that makes it easy for the Club One members to book bonus trips with their Club One points.

In the summer 2018 Tallink had set up their new marketing automation system and wanted to find a compelling use case for that. It was quickly decided that just migrating existing services to the new platform is not the optimal way to go but we should rather find a new customer need that the current services do not yet address. 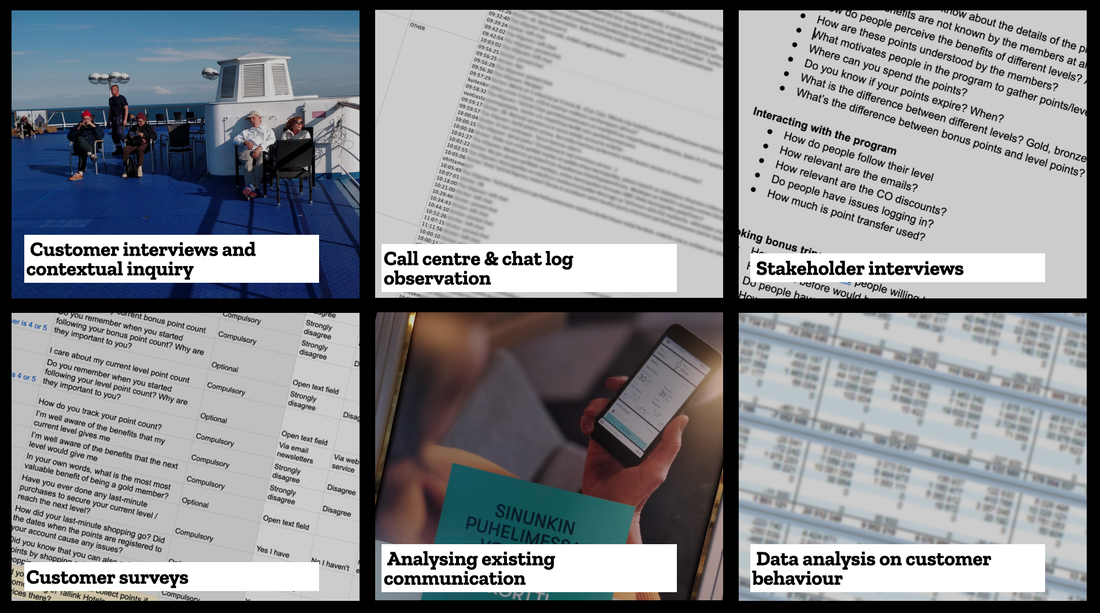 Could there be a solution that would help get more people onboard, and create a superior user experience with digital services and personalization?

At the same time it was known that many people do not use their Club One bonus points for trip bookings but rather let them expire. Intuitively, it is good for the business that points expire. In reality, it is quite the opposite: every expired point is a wasted opportunity for getting people on the ship.

​Hence, a hypothesis was formed: If there was a way to create a system that triggers people at the right time, in the right channel with the right kind of message and makes it very easy to book a trip with your bonus points, that could be a way to earn a lot through increased onboard sales.

What is the nicest experience I can get with my points?

With the initial business model assumption now ready, a service design process was initiated. We started by validating that we are solving a real problem. By interviewing passengers onboard ships, observing customer care centre phone calls, analysing chat logs and interviewing several stakeholders we created the customer insight required. This was further validated with a large quantitative survey among Club One members.

The main reason for not using the points were that the customers did not have enough points, could not find interesting trips with their points and that booking trips with points was considered too hard. All of these issues could be addressed with a proper service. A data analysis was conducted, comparing the point distribution to the point prices of different kinds of trips. It confirmed the assumption: a huge share of customers does indeed have enough points to book trips, they just don’t know it.
The big idea for the solution was that it should not work like a traditional booking service. Where booking services are centered around the idea of going to a certain destination on a certain date, this time the question was rather: what is the nicest experience I can get with the points that I have?

Hence, the booking flow would start by listing the cabins the customer can afford and showing their realistic availability. Another important aspect was the triggering part. Special attention was put to crafting such email templates that the offer could be personalised based on the segment the customers belongs to and certain other attributes.

Testing the prototype with customers helped us validate we were on the right track. People strongly felt that the proposed solution would make it easier to book bonus trips and solve their need.

a Truly minimal MVP – for once

The actual implementation project started in August 2018. The goal was to have the first launch in early 2019, so it required rigid scoping for the MVP version. To keep things simple, we decided to limit the launch scope to one market area, one language, one currency, one age group (two adults), and one product type. All other tweaking would take place in the existing booking engine as needed. Booking data and onboard sales data were analysed to define the correct values for these decisions.

The scrum process followed the best practices that had been found successful in earlier Tallink projects. Systematic way of working was necessary, since there were more than 20 people involved, from at least five different countries. Detailed design took place a bit ahead of development, so that prototypes could be tested with end users before committing to solutions. Additionally, some iteration room was reserved to take place during development. This was useful especially in this case where there were a lot of unknowns, since nobody had integrated the marketing automation platform with a custom-built React page the way that we were about to do.

Another challenge to be tackled was branding. Tallink, Silja and Club One all have their own visual identities, so the system was designed so it can adapt to the correct brand as desired. All in all, the focus was doing little but well and creating finalised quality immediately instead of planning to polish it up at the later date that never comes. Responsiveness was taken very seriously, and mobile views were designed separately, to make sure all the critical elements would be located at the bottom area of the page for easy reachability.

We were able to retain the agile mindset throughout development, so when we learned that integrating various systems would be more complicated than assumed, we were able to adjust the launch scope so we would still meet the target schedule. Certain things were still dropped from the MVP version and respectively we were able to add another entry channel alongside personalised email messages, namely personalised banners. Where typical banners show you only “prices from”, we were able to show required bonus point amount and best possible cabin class the customer can afford with their points. These turned out to be really successful in the end, leading to over 20% conversions (people clicking a banner and booking a trip within the next week) .

Where we did not have time to finalise some features, we built facade functionality that looked real but when you tried to use it, we would tell you that this feature is not yet available in this service. This also helped us collect data about user needs and prioritise our backlog for upcoming releases.

To measure the financial impact of the new service, we compare year-over-year passenger amounts and revenues related to bonus trip bookings. The revenues take into account both the booking fees and the onboard sales related to the booking. There were no other major differences in bonus trip marketing between 2018 and 2019, so the change can be attributed to the new service. Before the service was launched, the organic volume of bonus trip bookings was actually in a a slight decline compared to 2018.​The absolute figures of bonus trip sales cannot be shared, since Tallink is a publicly listed company. The reported figures are from the Finnish market only but the service has also been launched in Sweden and Estonia. One can imagine that with 1.5 million Finnish Club One members and the annual group-level revenue at 950 million euros, these volumes are significant.

“Well executed and anticipated feature with good business results. It presents a clear answer to an equally clear problem.”

“The front end is very simple but the work that has happened in the background in many countries is very complex. Tallink Bonus Trip Finder combines data and marketing automation really nicely.”

Try out the service

You can also download the app from the App Store and Google Play and enter the service from the the front page after logging in.

The calendar is the best part: very easy to browse the availability. Also, the differences between cabin classes are clearly shown.

Tempting to go for a cruise again, not tied to a specific time or location.

Easy to see how many points I have and what I can get with those. I’m able to search for different cabin categories.

Thousands… no, millions of thanks for the new bonus trip finder! It’s a brilliant solution for our positive problem with having too much bonus points. We are earning so much bonus points that we were not able to spend those in time. We are interested in better cabins as we go to cruises a lot and now we can immediately find the dates when the suites are available! No need for even logging in anymore to see the suite availability. THANK YOU!!

Easy to book, and also add or change stuff in the booking. Wonderful!

Fast and easy to use!

Makes the bonus trip booking so much easier as the products and points needed for buying the product are clearly shown. Also the cabin details are clear and easier to find.

Easy to plan the trip when the prices for different cabin categories are shown.

Easy booking service. I see the price immediately. By all means the best booking service on the market. Keep up the good work!! Wouldn’t change a thing.

Now I use the bonus points that got expired before.