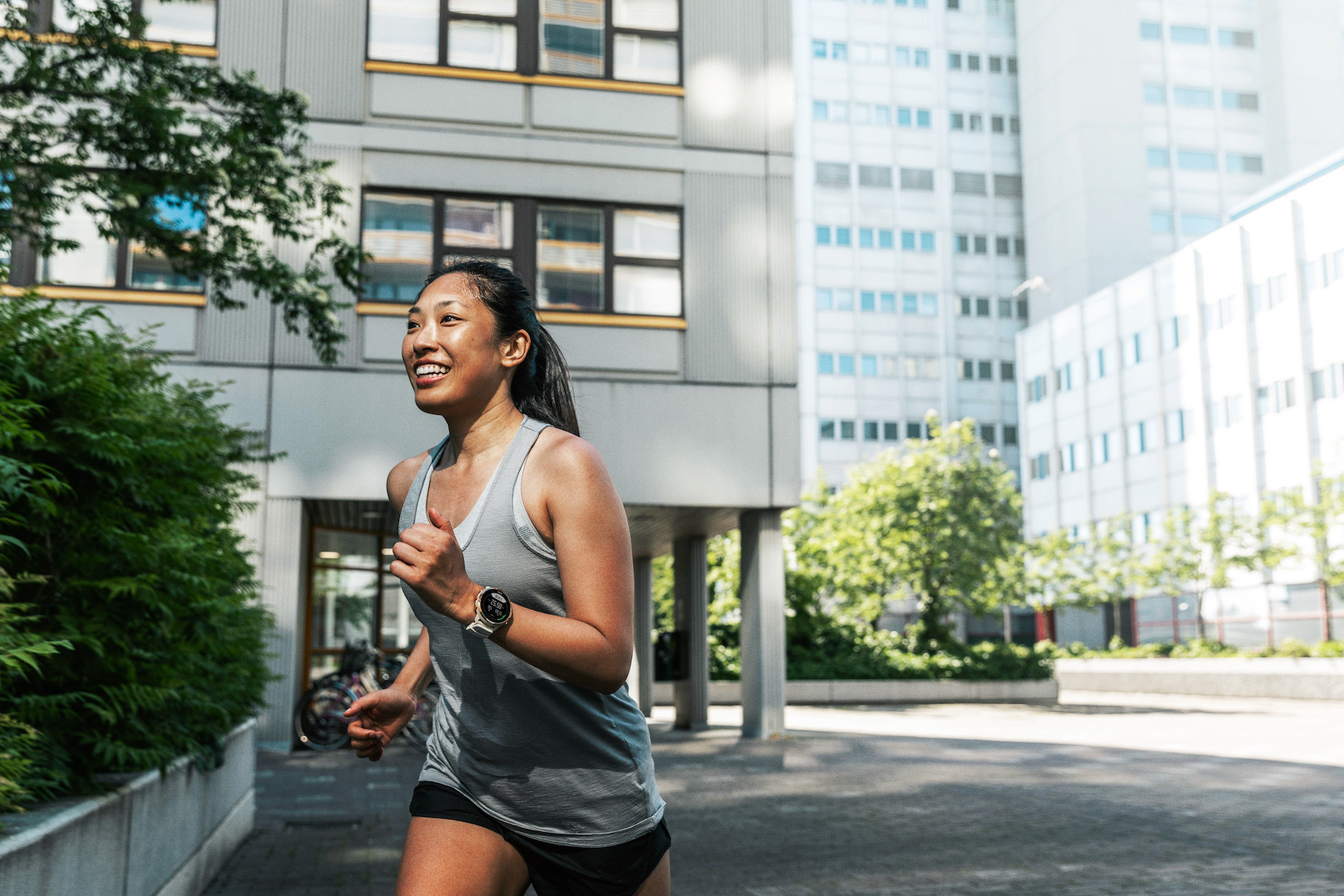 Users of the Suunto app can now monitor and plan their training and recovery better than ever.

The feature, based on TrainingPeaks analytics, is designed to help athletes know if they are overtraining or if they are not training enough to make progress. Knowing this is helpful for exercisers of any level.

If you want to improve your fitness, it’s important to train enough, but not too much. Without reliable data, maintaining the balance can be easier said than done.

TrainingPeaks’s exercise data algorithms are the most precise and widely used on the market, and the most useful for your development. The company’s analytics evaluate your training load based on the duration and intensity of exercises and adapt to the individual intensity levels.

Users can now keep track of their training load just by looking at the app.

Qvik’s Aura Forsberg was involved with designing the application’s user interface, while Aija Malmioja contributed to the view layouts.

The more serious and target-oriented the sports, the more metrics you need on your body and its performance. Monitoring their training load helps Suunto users prepare for competitions or events by training at the right intensity and hitting peak form on race day.

“Many of Suunto’s users have competitions or races in their calendar, and this feature is a great fit especially for them”, says Janne Kallio, Head of Partner Product Management at Suunto. “Of course, keeping track of how your training load and planning exercises accordingly also helps you reach your personal goals.”

Until now, Suunto’s users have been able to use TrainingPeaks algorithms by transferring training data from their Suunto devices to the TrainingPeaks service. Data provided by TrainingPeaks has also been used in a feature that gives a real-time evaluation of training intensity on the user’s watch.

Qvik’s own athlete on the design team

Qvik’s Senior Product Designer Aura Forsberg is a multiple Finnish champion in rowing. She was thus the perfect person to find out how TrainingPeaks’s algorithms could give maximum benefit and value to Suunto’s users.

“TrainingPeaks gives its users unanalyzed raw data, which can be difficult for even experienced athletes to make use of”, Forsberg says. “In the Suunto app, we wanted to present key fitness data in a form that anyone can make sense of.”

The feature in the Suunto app presents the data in the form of clear graphs. They are accompanied by text that gives feedback and information on what the data means.

“It was fantastic to have Aura on board as a designer”, Kallio says. “Aura immediately grasped the app’s context and key terminology. She also had the expertise to challenge us on the app’s functioning in different situations and spur us on to get even more out of its functionalities.”

The TrainingPeaks analytics feature doesn’t need to be specifically switched on in the application. All Suunto watches collect and structure the data automatically. In addition to knowing all about the world of competitive sports, Forsberg was able to test the new features immediately in her own training regime. This was an immense help in the design process.

The significance of technology has increased in sports, and new applications and devices are entering the market all the time. Suunto knew that the new feature was expected and would respond to real needs.

“When you look at the field of competitive sports, other manufacturers have also invested a lot into measuring human physiology and describing the results”, says Kallio. “Suunto is one of the first device manufacturers to cooperate with TrainingPeaks at this level.”

“If you want to monitor your fitness, comparing your latest results with your performance history is essential”, Forsberg says. “We’ve been collecting user data since an update we published this January, so users will be able to leverage the functionality’s full benefits right away.”

The popular DC Rainmakers blog, which racks up more than a million readers annually, published an exceptionally positive post on the Suunto app’s new feature. Among other things, the article praised the integration with TrainingPeaks and the smoothness of adopting the feature.

Suunto has an active user base that is eager to give feedback on new features. Feedback on the feature was also requested from a global user group before going live.

“I was a little nervous about what they were going to say”, Forsberg says. “But the initial survey shows that the majority of users were happy about the update and think that the feature is useful. That was super nice to hear!”

Qvik and Suunto have been working together since the spring of 2019. In this time, Qvik has updated Suunto’s design system, participated in designing the new Suunto 9 Peak’s watch view, evaluated the purchase path on Suunto’s website, and improved the Suunto app, for example by taking part in a sleep study and the design of TrainingPeaks features.

“The Qvikies fit in so well, I can hardly tell them apart from our in-house team any more”, Kallio says.

“They are so deeply involved with our work that I don’t even think about them as consultants any more. Our cooperation has been fantastic all round.” 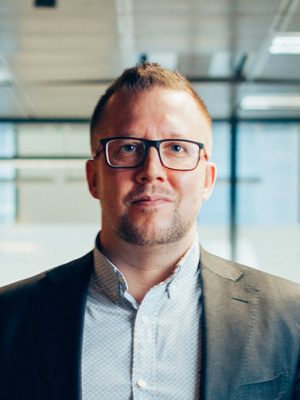 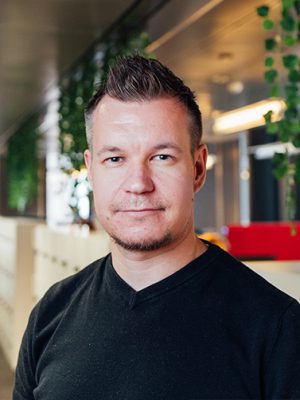 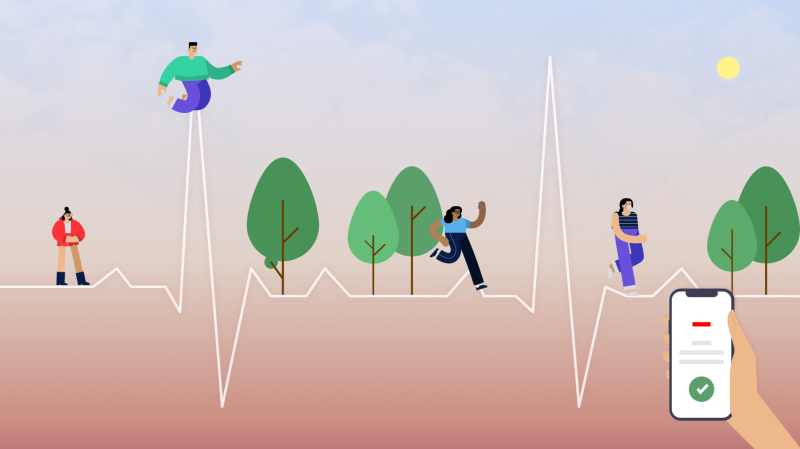 Qvik provided Firstbeat with an objective expert evaluation of their user experience. 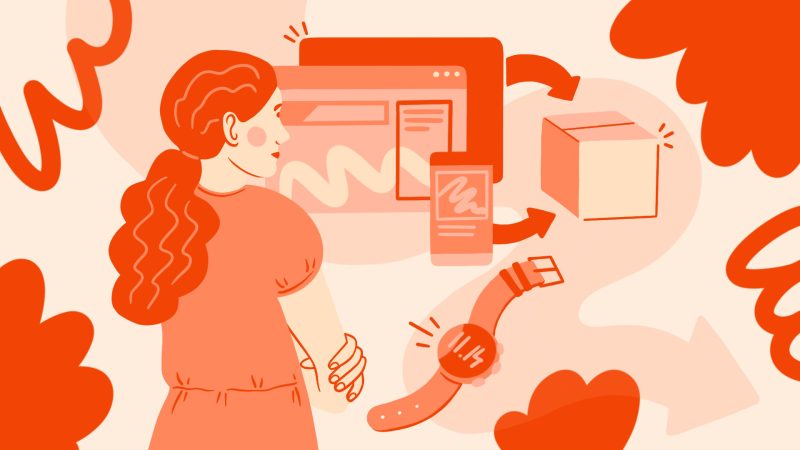 Qvik evaluated the Suunto 7 watch’s whole purchase experience from the first social media ad to unboxing and strapping the watch onto the wrist for the first time. 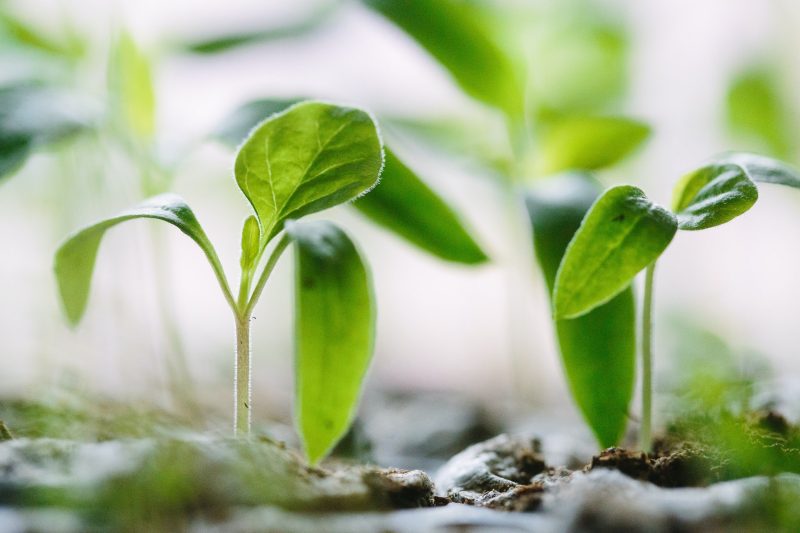