We’re celebrating our 8th birthday! Here’s a nostalgic look back and a sneak peek into what’s coming

We were mobile first – now we’re so much more. That’s a good synopsis on what has happened to us during the last eight years. Meanwhile, the world has gone totally mobile and is experiencing a digital revolution.

Let’s start by being honest. Our official birthday is in November but springtime is better for parties, so we always celebrate our birthday in March or April.

Imagine our first birthday, in November 2008. Apple has just opened the App Store for third-party developers, and being mobile as we know it is a new thing. The first iPhone has been on the market for about a year, and the first Android phone has just been introduced to the consumer market.

Lari Tuominen, Tuukka Puumala and Elias Pietilä are sitting in a bar trying to come up with a name for their new software company. Eventually the name is decided but the explanation behind it is plain random: They ended up with Qvik, because we simply couldn’t be called “Banaani.” 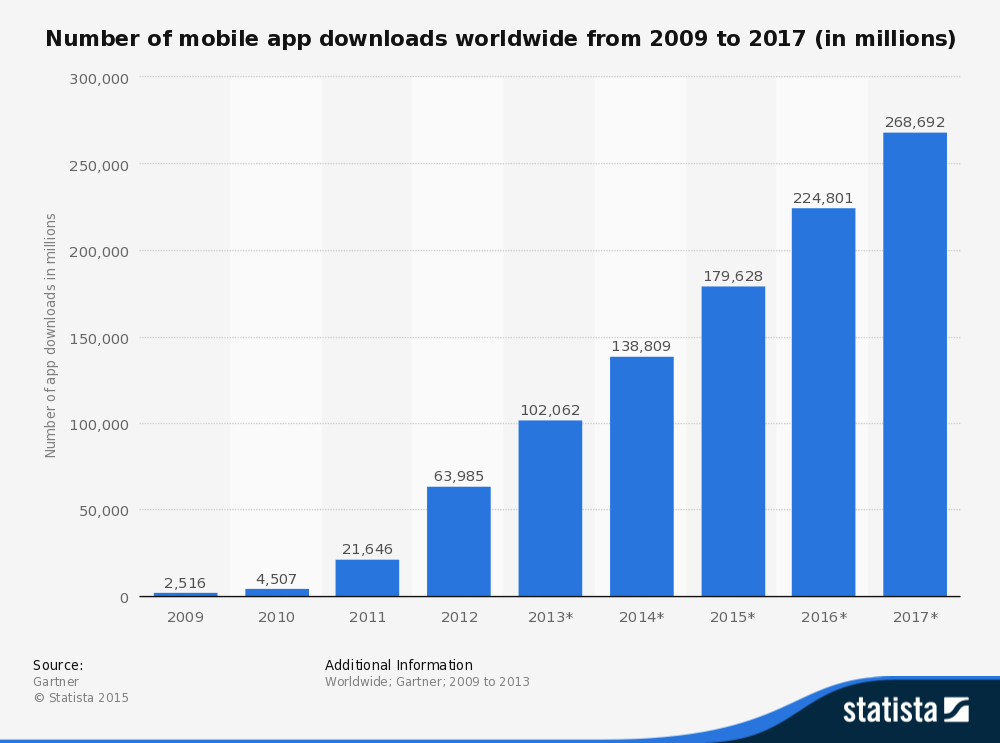 Number of apps available in leading app stores as of June 2016. Source: Statista.

The digital world started to change rapidly. The amount of smartphones and mobile apps skyrocketed, and so did the app downloads. Qvik became one of the leading mobile agencies in the Nordic market, all the while lifting its standards. Our team expanded with new design and business specialists, and of course new developers. We evolved from a mobile company to a digital business consultancy, and nowadays help our clients implement omnichannel digital strategies.

The future is cloudy and empowered by AI

Our hearts still lie in creating meaningful digital experiences, and to stay on top of the game we embrace new technology. Tech-wise this means cloud solutions and AI.

Last year we became a Google Cloud Platform partner, and the first GPC trainer in the first Nordic. This was an interesting turn for us, since we are now privileged to learn about Google’s new products already at their alpha stage. We are also entitled to train people to use the GCP and its products.

For us, in addition to its back-end solutions, one of the most interesting aspects of GCP is its Cloud Machine Learning services. We are excited to be in the forefront of implementing AI in real business cases, and we expect it to take some giant leaps in the near future. Meanwhile we are happy to make use of it as much as we can.

Inside Qvik, this means that we are able to offer even more interesting cases for Qvikies to solve, and also add new team members along the way. We have big plans, and you are guaranteed to hear more of them later on.

In these 8 years Qvik has grown and evolved, and will continue to do so. What we are especially proud of is our culture which emphasizes everyone’s own use of judgment and doing things that make sense, both internally and with clients.

But all work no play is not how we roll, so that’s it for now. It’s time to celebrate!