Clouds on the economic horizon are starting to affect shopping behavior in Finland. According to our recent nation-wide survey, a clear majority has started hunting for bargains and low prices online because of the prevailing economic situation.

These results forecast a record-breaking Black Friday weekend. But the coming sales season could still be ruined by payment-related concerns and technical issues.

No less than seven out of ten Finns (69%) have changed their online shopping behavior due to the current economic situation, tech company Qvik’s survey reveals. Four in ten (38%) say that they are now hunting for the best offers specifically in online stores.

Qvik charted Finnish online shopping habits with a nation-wide survey in mid-October. The sample was representative of Finland’s adult population.

Online sales campaigns have become a fixture in the mental calendars of Finnish consumers. Nearly a third (29%) of the respondents said that they are now shopping more often online because they think the products are cheaper there. More than a tenth (13%) is more interested in second-hand online stores due to the prevailing economic circumstances.

“Over a fifth, that is 22 per cent, of Finnish consumers say that they are now scheduling planned purchases for online sales days. On the other hand, a little over a third felt that the economic situation is affecting their online shopping behavior hardly at all”, says Qvik’s payments expert Mikko Vahter.

Every other Finn heads online for their holiday shopping

The year’s biggest sales day, Black Friday, and Cyber Monday after that launch the Christmas shopping season in Finland too. The Black Friday shopping day originated in the US and is celebrated on the fourth Friday of November, that is November 25 this year, which puts Cyber Monday at November 28.

Online Christmas shopping has become an established habit for many Finnish consumers. One in two (50%) respondents to Qvik’s survey either has shopped or will shop online for Christmas. More than four out of ten (43%) also shopped online for presents last year. Nearly as many (37%) intend to do this year’s holiday shopping online, while more than a fifth (21%) schedule their Christmas shopping for the online sales events.

Check out our online merchants’ checklist for peak season.

Qvik charted Finnish online shopping habits with a nation-wide survey in mid-October. The electronic survey was taken by 1110 people aged 18–75. The sample is representative of Finland’s adult population. The survey was implemented as a panel by research company Cint. 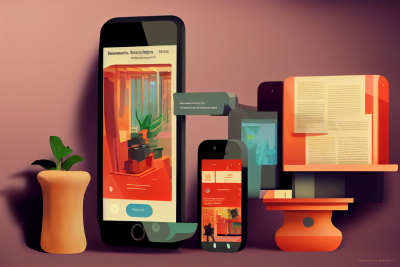