Jesse Vartiainen is a fast-learning developer with a wide skill set in both back and front end technologies. While working full time and being an easy-going colleague here at our office, Jesse is also an an ambitious sports hobbyist, an Ironman triathlonist, and a family man – making him an impressive multitasker.

Jesse has worked as a senior consultant at Qvik for almost four years. During that time, he has used several different mobile technologies to build the most amazing apps. To make the rest of us look even more unworthy, he wakes up every morning at 5 am to swim a couple of kilometers before going to work.

How does he do it?

Not all heroes wear capes, some wear lycra.

The smart phone mobile scene is barely 10 years old and, because of this immaturity, it is ever changing. We have already seen platforms rise and fall and we need to respond to those changes as a company. Jesse embodies many of the qualities we at Qvik look for when hiring new Qvikies – we especially value his ability and willingness to learn new technologies.

For some Qvikies it is enough to change to a new project from time to time, (that fabled file -> new project) but Jesse likes to start new technologies. “I did iOS for a couple of years, until it started to feel repetitive”, says Jesse. “I knew it was time for me to learn something new and Qvik had vacancy on a machine learning project. I thought it was a great opportunity for me to hone my JavaScript skills and learn ML as well, so I jumped right in.”

Learning new programming languages comes easy for Jesse, “In the end, they are almost the same. Once you learn a couple, you can easily learn a couple more.”

Jesse’s talent for learning and mastering new things is not limited to his work life. His hobbies include triathlon, in which he has competed in Ironman Barcelona 2016, where he achieved a finishing time of 10:38. “Flexible hours and freedom to choose your vacation days helps a lot with training. If I would have to work nine to five every day, I never could have trained for the Ironman competition”, Jesse says.

Even though Jesse is first and foremost a software developer, what initially lured Jesse to Qvik was the fact that we had our own internal Design Team. “I really appreciate the fact that we do design inhouse“, muses Jesse and continues, “That way we can participate in the whole product cycle and not just execute the designs of others. Designs themselves are always changing anyway, and it is much more efficient to sit next to the designer and go through the platform-specific issues then and there when necessary.”

Jesse is currently working with yet another new technology, Node.js. “I have worked with almost all mobile techs before (WP, Android and iOS) and I thought it was time to give back end work and JavaScript a try. I am doing back end work with a couple of other developers and a few others are working with React Native clients for iOS and Android. I think that React Native really shows promise. It doesn’t speed development up quite as much as advertised, but it does have some effect. Especially the update cycle is so fast that it even beats Android”, Jesse says.

“Soon”, Jesse answers when we ask when he will compete in the next Ironman competition, and pedals his carbon fiber framed bicycle to the sunset with such speed that, if it was a car, he would get a ticket.

Interested to work with Jesse and our top notch team of mobile developers and designers? 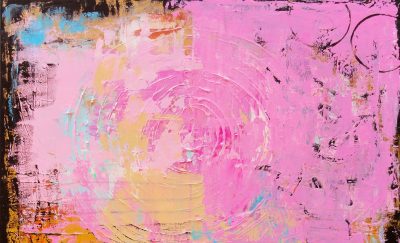