Your definitive guide to mobile payments in Finland, spring 2018

The article is long – this is the meat of it:

Mobile payment requires a smartphone application that manages the card information and approves the payment.

The applications can be used to make contactless payments at stores with your phone or smartwatch, confirm payments in an online store or transfer money to another user.

You need to have at least a debit card to make a payment, but most applications require a credit card. Some cards don’t work with certain applications.

iPhone only supports its own Apple Pay system for NFC payments. Android users can choose which NFC application their phones automatically open when it’s time to make a payment.

Mobile payments are safer than conventional debit or credit card payments, because the data stays hidden in the phone instead of being handed over to the merchant.

Contactless payment: a wireless method of making payments by waving the debit or credit card, mobile phone or smartwatch over a reader installed in the payment terminal.

Mobile payment: confirming an online purchase with a mobile phone app instead of a PIN list or credit card number.

Mobile wallet: a virtual wallet maintained in a mobile app, which can contain money, debit and credit cards and loyalty cards.

So here they are – all mobile payment systems and operators in Finland, in alphabetical order.

In its former life, this app was called Elisa Lompakko, but its development has been taken up by Aktia. The application works with Aktia-issued debit and credit cards or a virtual online payment card.  Customers of other banks can either get an Aktia card or transfer money to Aktia Wallet’s mobile wallet, either from a bank account or credit card.

Aktia Wallet supports NFC payments with Android devices with no upper limit. When shopping online, you can choose Aktia Wallet as the payment method under Masterpass (see its own section for more information) and confirm the payment with the mobile app – even if you’re shopping on your desktop.

Bank transfers to other Aktia Wallet users are free but limited to EUR 150 per day.

Apple’s own payment system that works on iPhones (SE, 6 or newer), Apple Watches and Safari browsers. Apple Pay requires a compatible card, and in Finland that means Nordea’s own debit and credit cards and Nordea-issued credit cards, such as a Finnair or Stockmann Mastercard. The system has also been joined by the St1 Mastercard and the N26 Mastercard issued by a German virtual bank.

On Apple devices (e.g. MacBook, iMac), online purchases are made with the Safari browser and confirmed either with the device’s own fingerprint reader or with an iPhone or Apple Watch. There is no maximum for NFC payments, and the payment starts automatically when the user waves the phone over the NFC terminal.

Bank transfers are not yet supported in Finland, but in the United States, Apple users can send money to each other with iPhone text messages (iMessage).

Apple Pay is a part of the Apple Wallet application, which can store loyalty cards, travel and concert tickets and various coupons in addition to payment cards.

The wrist payment method of Fitbit, famous for its activity bracelets, works with Ionic and Versa devices equipped with NFC functionality. The credit card details have to be entered in the Fitbit application’s Wallet section and Fitbit needs the Nordea Wallet application (see requirements under Nordea Wallet) or a Danske Bank, Eurocard or SEB Mastercard. When these conditions are met, users don’t need to carry their mobile phones with them and can make payments with just their activity bracelets.

Garmin is an established heart rate monitor manufacturer whose devices with NFC support (vivoactive 3, Forerunner 645, Forerunner 645 music) also feature wallet functionalities. The credit card data must first be stored in the Garmin app’s Wallet section, which in turn needs a functioning Nordea Wallet application with stored cards (see Nordea Wallet for the requirements), an SAS Eurobonus Mastercard or a Eurocard Mastercard. When these conditions are met, you will be able to pay for your groceries with just a flick of your wrist.

Updated on 30 October 2018: Google Pay is available in Finland, but just as Apple Pay, it requires a compatible card to operate. In Finland that means Nordea-issued debit and credit cards, employee benefit provider Edenred’s cards and digital bank Revolut’s MasterCard.

A Swedish online payment company that offers a payment term of 14 days for online purchases or instant credit for paying in instalments. Not an actual mobile wallet or bank, even though all purchases made with Klarna are listed in its application or on the Klarna website.

A payment service offered by Mastercard without a dedicated application. Masterpass is included in the mobile apps published by banks, and is currently supported by Nordea Wallet, Aktia Wallet and Loyo Pay (Resurs Bank). Some banks allow users to store their own debit or credit card information in Masterpass. In online stores, users can select Masterpass as the payment method and confirm the payment in the mobile app. Masterpass is also capable of transmitting the user’s contact details and address to the vendor, which can eliminate the need to register with the online store.

Mobiilimaksu is a payment system offered by Finnish mobile operators, in which the purchases are added to the user’s telephone bill. Mobiilimaksu does not require a dedicated application, registration or login and works on all modern smartphones. Authentication is SIM-based and the payment is sent to Mobiilimaksu for approval when the user selects the payment method in the online store or app. Supported by DNA, Elisa, Moi and Telia. Payments are limited to EUR 60. Does not work with company subscriptions (approx. 20% of the Finnish market).

MobilePay is a system originally developed by Danske Bank for transferring money between users and works with debit and credit cards issued by any bank. Loyalty cards can also be added to the application, with cards such as the S-Bonus card, carried by two out of three Finns, to be added soon.

Contactless payment is currently implemented via the Bluetooth connection of iPhones and Android phones, depending on the vendor’s payment terminal. The EUR 25 maximum for contactless payments does not apply to payments made with the system.

Users can also make payments with the merchant’s MobilePay short code (a five-digit code given by the vendor to the payer) or by selecting the store from the MobilePay app’s menu. In online shops, the user selects MobilePay and confirms the payment in the phone app.

Funds can be transferred to other MobilePay users on the basis of telephone numbers, up to a maximum of EUR 100 (EUR 500 for authenticated users). The money does not stay in the Mobile Pay wallet, but is transferred directly to the recipient’s bank account, no matter their bank.

Nordea Wallet’s NFC payments work directly on Android phones and through Apple Pay on iPhones. The application does not have to be launched before making a payment: the payment will be initiated automatically as long as the phone’s screen is not locked. Purchases worth more than EUR 25 must be confirmed with the application’s own PIN code.

Online purchases can be made by selecting the Nordea Suomi bank as the payment method and approving the payment in Nordea Wallet’s Masterpass section.

Pivo is a mobile wallet and payment application developed by Osuuspankki, originally for keeping track of expenses. The basic functionalities of Pivo don’t require a debit or credit card, just online banking codes.

Contactless payment is only supported for Android phones and OP customers, who must order a virtual OP-Visa Debit Mobiili card. Customers over the age of 18 who have been granted an OP Visa debit or credit card are eligible for the virtual card. There is no maximum for payments.

The application supports bank transfers based on telephone numbers. If the recipient is a customer of OP, Nordea or S-mobiili, the money is transferred as an instant Siirto payment (see Siirto for more information) directly to the recipient’s account, while Pivo customers using a card will get their payments in 1–2 days. The maximum transfer amount is EUR 500 per day and EUR 15,000 per year.

S-mobiili is the proprietary app of S-pankki, which also tracks S-bonus points and can be used to refill at ABC stations. There is no contactless functionality, but users can use their Android phones as bonus cards at the payment terminal. Bank transfers are managed through Siirto (see its section for more details).

S-mobiili also works on Apple Watches, although they cannot be used as a virtual bonus card like phones.

Samsung Pay is a mobile wallet developed by Samsung for some of the company’s Android phones. In addition to NFC, it is capable of mimicking the magnetic strip of the user’s debit or credit card. This means that the store does not need an NFC-compatible payment terminal, as the phone transmits the card data to the terminal by emulating the card’s magnetic strip (MST) electromagnetically. In its other features, Samsung Pay is very similar to any other mobile wallet.

Not yet available to Finnish users, but the system can be used to make payments in Finland with a Swedish subscription and debit or credit card.

Siirto is not a mobile app, but a payment system developed by Automatia, a joint venture of Finnish banks, and used by the applications of the banks. Siirto can be used with the mobile apps Nordea Siirto, OP-mobiili, Pivo and S-Mobiili and enables essentially real-time transfers between customers of these banks. In addition to P2P money transfers, Siirto can be used as an online payment method. VR Commuter app was one of the first major services supporting Siirto payments.

Siirto is also available as an online payment method in online stores.

We also recommend reading the story on mobile payment published by Helsingin Sanomat in March 2018. 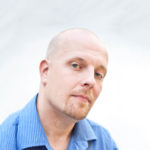 Pekka Pekkala is a technology reporter and a guest author at Qvik’s blog.

What’s new for the App Store? Here are our top picks from WWDC.