Wanna do something fun together after work? Join the club.

Qvik sponsors free-time activities for Qvikies in the form of Qvik Clubs. The startup scene has altered the standards of office culture, the images we have of a healthy working environment and the relationships we form at work.

We have a lot of leisure-time clubs here at Qvik. We go bouldering, adventure outdoors, watch movies, play video games, do wine tasting and hold Paint+wine evenings, to name a few. My favorite club of them all is the Procrastinators Club where we plan to get stuff done under peer pressure but literally do nothing, just procrastinate.

The idea of company clubs is not new. In fact, the first Finnish company club was formed about 150 years ago in a very different working environment. At first, the clubs were designed to civilize employees and keep them from consuming too much alcohol or indulging in dangerous ideologies like, say, the labor movement. In a way, the clubs were a part of the paternalistic ideology of the time, an attempt to control the employees’ lives on a large scale.

In time, the patronizing mindset was dropped, but many large-scaled Finnish companies did continue the club tradition. It seems that company clubs experienced some sort of renaissance in the 70s and 80s, survived the depression and have been in the background since then. So when the startup-minded new generation introduces clubs to its employees, this is actually a part of a longer tradition.

Qvik’s clubs are informal communities in which the goal is not to develop your competence or gain knowledge on work-related matters. Every Qvikie has a personal training budget for professional development and we have design and development guilds that operate during working hours. In addition to these, Qvik will cover the costs for free-time activities as long as the club is open to everyone, operates on a regular basis and has a reasonable budget.

Studies show that having friends at work increases productivity, happiness and engagement. It also increases the sense of belonging and makes it easier to express opinions and show vulnerability. In a company with a strong hierarchy, having close friends at the office is sometimes felt to be a complication, but in a flat organization where it’s easy to find like-minded people, it’s only natural.

But mixing work and play is not all happy-happy-joy-joy. It can have downsides, such as emotional exhaustion and stress from playing the roles of both colleague and friend at work. If the friendships at the office start to seem more like cliques, this can make others feel like outsiders. That’s something to look out for.

Nevertheless, Qvik started as a friend-based company, and we intend to keep it that way. Encouraging Qvikies to form clubs and have fun together in their free time too is one way for us to support this. Here’s a list of our current clubs.

Our video game club organizes LAN parties and other gaming related stuff at the office and sometimes visits gaming events, such as Game Expo and Assembly. Sometimes, because they can, Gaming Glub also wears animal costumes at their LAN parties.

We watch movies and TV series together at the office, and sometimes go to a movie theater. The name might suggest otherwise, but that’s all. Well OK, sometimes we go for a beer or dinner after the movies.

We’ve been putting on the ritz at Ritz Helsinki. The level of competence in our pool team varies quite a lot, so it’s easy to join even if you are not sure what you’re doing. But if you want challenge, some of us also know how to play pool.

We’ve been brewing beer at Kurvin panimo. The first batch of beer is APA and it’s called new_new_final(2).apa.

Spider Qviks go climbing together regularly, about once a month. Our spiders mostly go bouldering at the bk-center’s premises, but sometimes they get crazy and try different climbing styles as well.

The Club has regular meetings that give members the opportunity and peer pressure to concentrate on working on their own personal projects. In theory. But when you put together the most talented procrastinators of this company, the level of procrastination is epic. Formed in November 2017, the club is yet to have its first meeting.

We arrange fun family activities with Qvikies’ kids and families. Kiddos’ Club has gone to the ballet and seen a play and is also planning to arrange some less high-brow activities, such as snow sledding.

Our ACE club does adventuring, outdooring, camping, hiking, skiing, snowshoeing, ice-hole-dipping, cycling and exploring nature and national parks everywhere. We have many outdoorsy Qvikies who love to escape the city once in a while.

This is a group of Qvik’s united players of non-digital games. Played game formats include, but are not limited to, board, card and role-playing games. Our analog gamers current favorite game is Epic Spell Wars of the Battle Wizards: Duel at Mt. Skullzfyre.

The Wine Club cultivates wine culture at Qvik. We arrange wine evenings where people bring their favorite or theme wines for a shared tasting. The Wine Club has rented a shared wine cellar space for Qvikies, where both the company and club members can store their cellar-worthy wine.

Our meditation club convenes every Friday at our office for a little calm and relaxation. Our sessions can last from ten minutes to an hour, and they can be partly instructed or not. Our mentor Jesse Ukkonen is a hard-core meditator, who always starts his days by meditating for about an hour.

Exploring everything delicious, except for wine because that’s already covered by other clubs. The idea is to pick a theme, dive deep and learn something while feasting and sharing the experience.

This club is created to enhance our painting skills and understanding of the arts in general. We arrange Paint+Wine evenings at the office with a painting teacher who guides us through the process of painting a painting. Snacks and drinks are included as a part of the experience.

We have a band rehearsal room at Lauttasaari, where we go to jam whenever we find the time. At the moment, many members of this club are also members of the Procrastinators’ Club, but the tide will turn any day now, and active band sessions are surely on the horizon. Edit: We no longer have the rehearsal room but we’ve been talking that we should have jam sessions at the office. 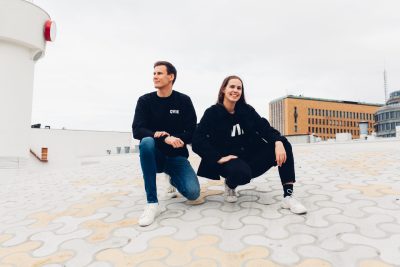 Behind the scenes of back-end recruitment at Qvik 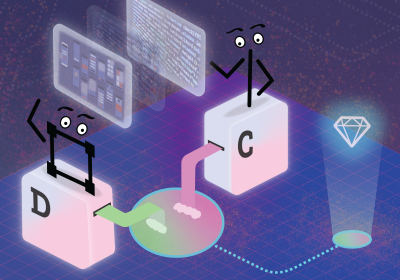