The man who bought a thousand beers – where is he today?

Pertti Kröger basked in the limelight for a minute in 2017 after buying a K-pack of brews for Qvik’s office. The episode was covered by the Finnish tabloids and globally by Newsweek. Photos of Pertti and the K-pack transaction spread quickly on Imgur and Reddit.

Once bought, the K-pack was brought to the office. It was set up in the middle of the common area, like a shrine, and the first brews went down before they even had the time to chill. A few stray cans of the dark nectar could still be found at the back of the fridge after May Day 2017, but the whole batch had been chugged by the summer holidays.

But where is the beer-buying celebrity, Software Designer Pertti Kröger, today?

Turns out he’s at Qvik’s remote office on Tenerife with his family! 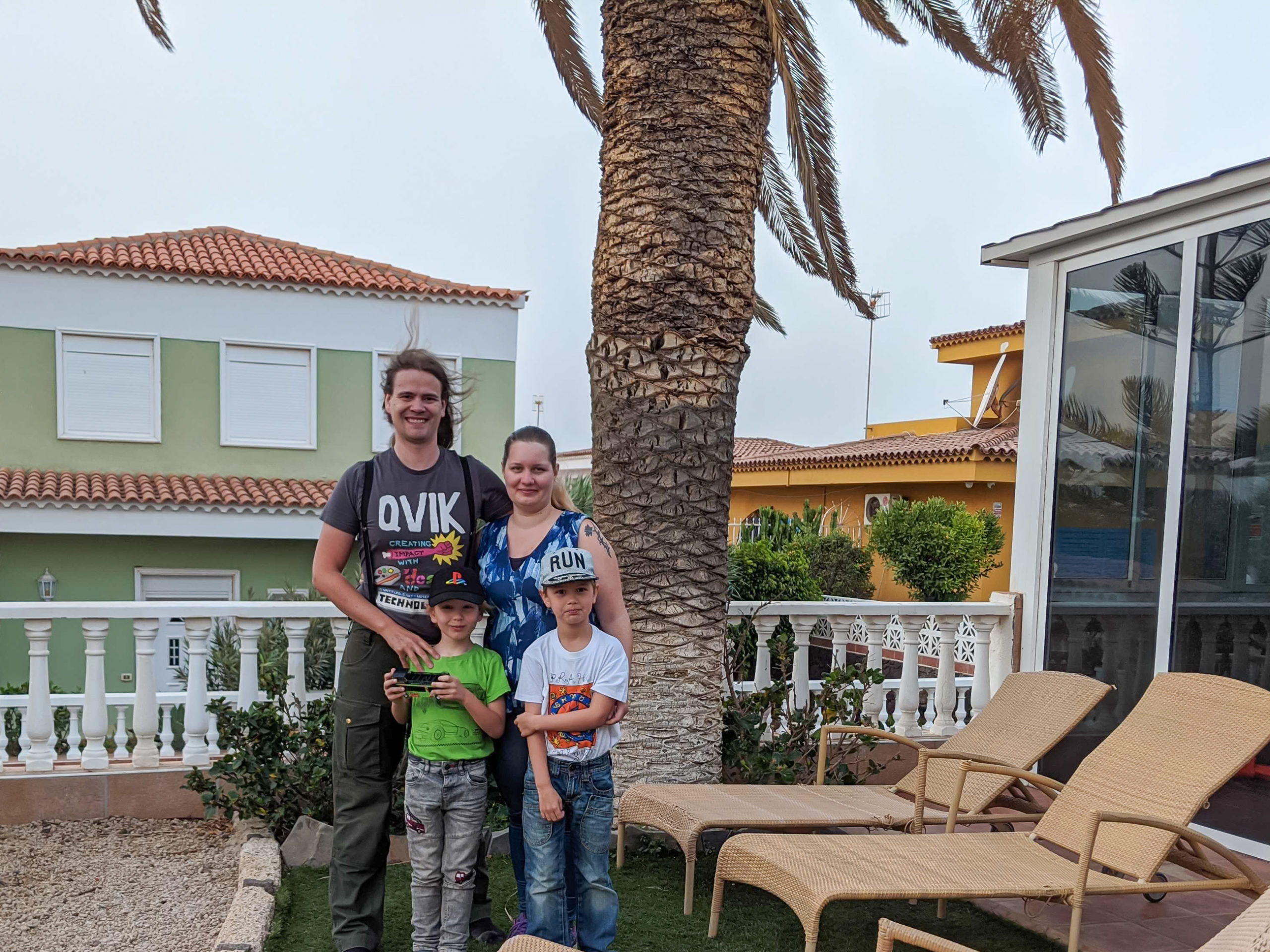 The Kröger family is enjoying Qvik’s remote office for the first time this year.

Qvik offers its employees and their families two remote office options this year. One operates on Sri Lanka and the other on family-friendly Tenerife, with easier flights.

“I’m kind of a black sheep in Finland, because I don’t like winter or snow, so working on this deck chair is not so bad”, Kröger says. “The kids play together during the work day, and we’ve still had lots of energy to do stuff together in the evenings.”

This is the third year Qvik has provided its employees with the opportunity to work somewhere warm. Qvikies have previously invaded Thailand and Mauritius.

Kröger “the Kan” was the first employee recruited by Qvik

Pertti Kröger is the first employee hired by Qvik’s owners, starting at Qvik in June 2009. This gives Pertti a unique perspective on the company’s development.

“Travel insurance, comprehensive health insurance, lunch benefits, Smartum vouchers  and such are long-standing perks of the job, but it feels nice that the employer also supports work-life balance like this.”

Qvik’s CEO Lari Tuominen is also working at the remote office, and he too brought his family along.

“Me and Pertti are both family men, and spending time together on Tenerife has been really fun. It’s nice to still have people with us who have witnessed Qvik’s journey from the early days, to have someone to reminisce with”, Tuominen says. 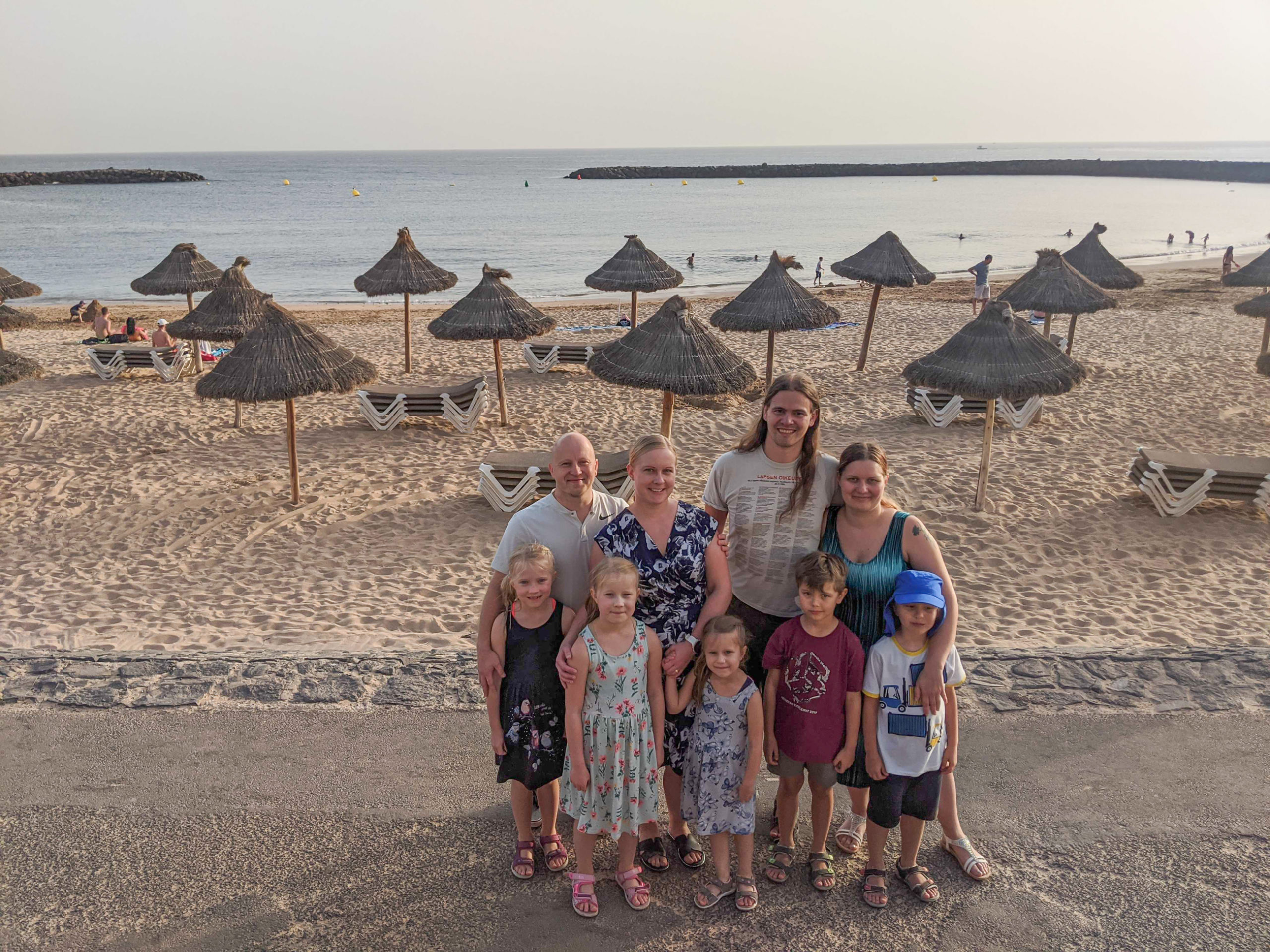 Pertti and Lari have worked together for a decade. Their lives are now very different from the college days, but you couldn’t tell by looking at their hair.

The leap of logic

Some might think that buying a 1000-pack has nothing in common with southern remote offices. But they do – both are manifestations of Qvik’s spontaneous culture.

“When we have a fun idea, instead of brushing it off, people buy into it. If there’s even a shred of sense in it, we’ll do it”, says Kröger.

And the sense in the K-pack was that we obviously needed to have it at the office and we knew we wouldn’t let it go to waste. The reasoning behind remote offices? A change of pace, warm evenings and some sun are good for you.

Both of Qvik’s remote offices will stay open until mid-March. After that, the Qvikies will return for Qvik’s 11th birthday and the official housewarming of the office extension.